Last week the Women’s team had a huge win against rivals Westbourne, being the girls first win of the season it was cheered on loudly by all who were there!

Once again Steph Bell crunched any girl who dared get in her path and Bec ‘Two Lights’ Corbett dominated up forward kicking all 3 goals for the House! Jordan Balfry rebounded brilliantly off half-back and Alana Murray was in and under at every contest.

It was a great afternoon for all involved and the girls certainly had a few drinks as they celebrated the win! 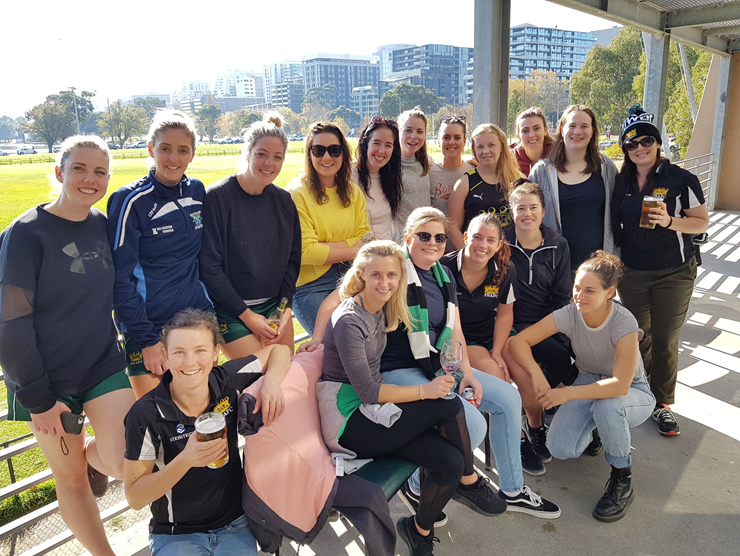